What You Wish For 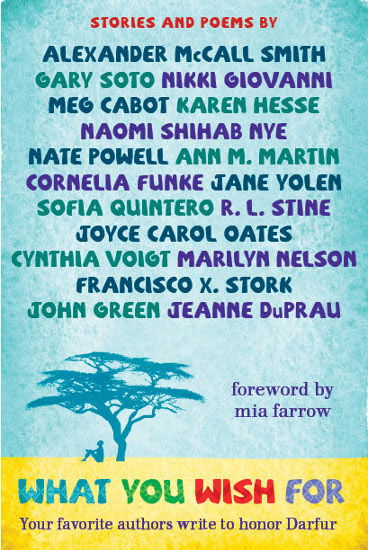 The Bookwish Foundation asked me to post this opportunity for writers while at the same time spreading the word about their anthology.  Read further. It's a great idea, and look at the authors involved!

Win a literary agent or acclaimed author's feedback on your unpublished manuscript for young adult or middle grade readers.  This rare opportunity is being offered to the six winners of an essay contest recently announced by the literacy charity Book Wish Foundation.  See http://bookwish.org/contest for full details.

You could win a manuscript critique from:

All that separates you from this prize is a 500-word essay about a short story in Book Wish Foundation's new anthology, What You Wish For.  Essays are due Feb. 1, 2012 and winners will be announced around Mar. 1, 2012.  If you win, you will have six months to submit the first 50 pages of your manuscript for critique (which means you can enter the contest even if you haven't finished, or started, your manuscript).  You can even enter multiple times, with essays about more than one of the contest stories, for a chance to win up to six critiques.

If you dream of being a published author, this is an opportunity you should not miss.  To enter, follow the instructions at http://bookwish.org/contest