My Fiction Day - Getting Stuck 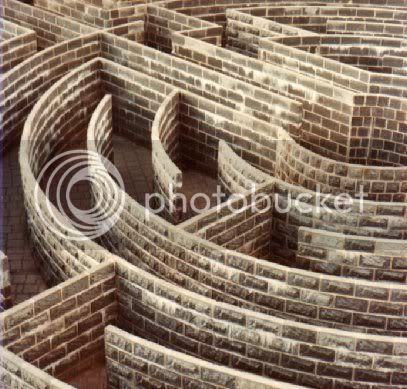 I've said it before . . . writing is like a maze. You travel down one path, hit a wall, turn around and try another direction. A short story is just a smaller maze than the novel, with less turns and walls. So a temporary inability to come up with an idea means I'm still fumbling around the maze. Here's how I've felt my way back to the entrance, back to where I can tell where I am and put the idea on paper/screen.

My second book, still pending on the editor's desk for contract consideration, takes place mostly on St. Helena Island in Beaufort County. So when I found myself unsure of plot or a character's decision or behavior, I read about the region. I bought several books on the history of the area - the farming, slaves, drugs, law enforcement, wildlife, and effect of the Civil War. Then one weekend I drove there to see if my memories from the early 80s, when I actually lived in the region, were correct. Suddenly, my story took shape.But what if you're making up your setting? Then go somewhere that resembles it. Read about its history and come up with something similar or even completely opposite. These stimuli shake you loose. It worked for me.

That means leaving the computer. Pen and pad in hand, I pull away from anything electronic and venture outside, usually. Sometimes while I'm riding in the car, especially a long trip. There's a certain unclogging process that takes place when I write generally about what is going on then spin out one idea, then another, scribbling through one then drawing arrows and circles to connect others. Maybe it's just me, but eventually a scene takes place and my character finally understands the direction she has to take.

In book one, coming out in February, I recalled a tense moment I had in my own life with a client, dissecting it, remembering his eyes, how he sat in a chair, how I watched the door, how nobody paid us attention at a time when I needed people to pay more attention, just in case something happened. In another instance, I rode in the car, closing my eyes, feeling what it would be like to not see yet feel how the tires interpreted speed and road construction. I can't count the times I decided to feel a moment or recall a time in my life from which I could extract a snippet to better understand how to write the scene.

One of those will shake you  loose. I promise. It's a matter of shifting you from the stagnate state of watching a screen to gathering bits of ideas from other sources that redirect your story into something real, worth writing.

These are great suggestions! Since I write in a different time and place, I rely on photos in travel guides, tours of manor houses and gardens, fashion and interior decorating, etc., to help shape my prose.

Research is absolutely invaluable for igniting the imagination. When I read biographies or histories from my time period, the ideas always start flowing.

These are great suggestions! I really love and frequently employ the "study life" option -- when I feel stuck it really helps me so much to step away from where I work.... to try and remember things or pay close attention to things around me. As you say, it helps me shake loose or shifts me just ever so slightly. Great post!

Great suggestions for getting unstuck, Hope. Thanks for sharing your insights.