I Heard It on the Radio 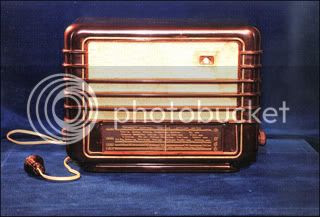 Radio scripts are a unique entity rarely used anymore, but those writers who participate in this genre are in love with it. And don't forget that Podcasts now qualify as radio scripts.

Keep in mind that radios are often nonprofit in design, so while they aren't rich and many do not pay, they are eligible for grant funds. A FundsforWriters reader once proposed a series of children's programs on behalf of her radio station. She wrote the grant, obtained it, and wound up producing the series and being paid a salary for doing so, for eleven months.

LAKES AREA THEATRE
http://www.lakesareatheatre.com/
Lakes Area Theatre (LAT) is now accepting script submissions from writers. Your original radio plays can be in any genre. The broadcasting time slot for our show is Sunday afternoon from 12:30-1:00 on KXRA 1490 AM. We ask that content be suitable for all ages. If you include innuendo and/or adult humor, please keep in mind some “children’s shows” which appealed to adults as well: Rocky and Bullwinkle, Fractured Fairytales, and the like. LAT has a 30 minute broadcast space to fill every other week. Plays should be a maximum of 28 minutes. Pays a royalty fee of $30.

CHICAGO RADIO THEATRE
http://chicagoradiotheater.com/submissions.htm
Only accepts scripts from writers with agents. Chicago Radio Theater supports the return of radio comedy and drama, presented before a live theater audience. See their schedule. If you are not agented, they will not review your query, but they have templates and samples on their submissions page which ought to help you in your journey.

SHOESTRING THEATRE
http://www.shoestring.org/srt_submit.html
On the opposite end of the spectrum, Shoestring Theatre seeks scripts but does not pay in funds. To fit into the weekly 30-minute broadcast, plays can be a maximum of 28 minutes long (most scripts are about one minute per page but it depends on the formatting). Therefore, they accept 25-28 minute plays (which air in one part) and 50-56 minute plays (which air in two parts). Also accepts shorts, which can be up to 10 minutes in length. If they produce your play, they absorb all production costs, and the script will air nationally on public radio stations across the country (including our RealAudio simulcast). You will also receive a copy of the finished production.

KQED RADIO
http://www.kqed.org/radio/programs/perspectives/submissions.jsp
The program is called Perspectives. Accepts commentary on national and international topics if the point of view emphasizes regional or personal concerns. Perspectives are often geared to Northern California issues; state and regional topics are best. Essays on local issues work well if they illustrate larger concerns with which other communities are struggling. Observations on everyday life are frequent topics at Perspectives, especially if they make a broader point about people and how they live. Encourages submissions from KQEI listeners in the Sacramento area. The time limit for all pieces is two minutes. For most people, two minutes works out to about 375 words, more or less, depending on your rate of speech.
KQED Public Radio pays an honorarium of $65 per Perspective, after the commentary is broadcast.

RIGHT BETWEEN THE EARS
http://www.rightbetweentheears.org/writersguide.html
RIGHT BETWEEN THE EARS is a live radio comedy series produced by Kansas Public Radio in Lawrence, KS, and broadcast on National Public Radio stations across the country. First and foremost, they seek material that is funny. The audience has to get the jokes. Don't go over their heads. Be relatable to a broad audience. The laugh of recognition is the best laugh of all. The average length of a sketch on RIGHT BETWEEN THE EARS is three-and-a-half minutes. Bits can range from a few seconds to as many as five or six minutes. They've been known to do a rare "epic". Script payment is based on performance length, at the rate of $25 per minute.

BURRYMAN
http://www.burryman.com/stage.html
I've always enjoyed this team's resources. They are international in scope, but I've found resources here when I could find them nowhere else. Here's their page on stage and audio production resources to include the BBC and NPR.

DOUBLE NOTE:
Hope is presenting "How to Find Grants and Financial Resources for Your Writing" - a Writer's Digest Webinar on Thursday, May 5, 1:00 PM Eastern - This presentation is jam packed with links, resources and ideas on how to turn writing into an income-earner...to include grants!

Thanks for the info, Hope!