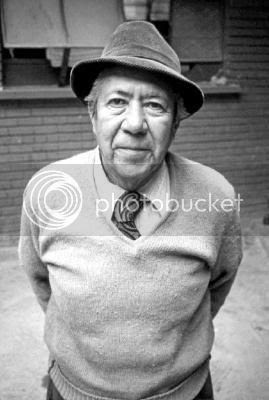 When you think about the 50+ age group, you often envision people stand-offish about social media. My parents scoff at Twitter, Facebook and blogging. Heck, they hate to check email. But guess what? They aren't necessarily the norm.

The PEW Research Center has determined that seniors are all over social media now. Social networking activity has doubled for these white-haired folks you  thought hated to touch a computer.

Computers are a way of life for those 40 and under. Those 30 and under don't remember when there wasn't a computer of some sort in their lives. However, older adults have had to adapt. While I hate to admit it, I'm in that group of having had to adapt. While I jumped eagerly into technology, others did not. However, with the evolution of technology, the reluctant ones have learned that their existence is easier and more fun with iPads, Kindles, iPods, iPhones, high-speed internet and yes, social networking.

They've learned to keep up with children and grandchildren through media. Now they are obtaining their news. Those with stories to tell have realized they cannot proceed in their efforts without being computer savvy in order to reach publishers.

So what does that mean for authors? It means that an age-group with ample expandable income and plenty of time to read, is now online and reachable when it comes to sales, marketing, and self-promotion. You can reach them by blog, Twitter and Facebook.

So logon and start reaching out. Seniors are blogging and Tweeting. And they buy lots of books.

This is interesting, because my parents sit on both sides of the fence (excuse the cliche!).

My 74 year old father is an avid user of a computer. Alright, he doesn't do Twitter or Facebook, but he is continually sending and receiving emails etc.

However, my 69 year old mother won't go near it! She attended a free course for senior citizens because my dad nagged her into it, but as soon as she'd finished that was it.

So not all the older generations are the same, and as you say, there is a market out there!

Before she passed away some years ago, my grandmother and I regularly emailed each other. Wonder if I could have gotten her interested in Facebook...now that would have been interesting! I'm all for keeping up with technology; I think a writer needs to.

My mom absolutely loves the Internet and keeps in touch with all of us through email. She's even found me a couple of writing jobs during her online searches.

My dad, on the other hand, only uses the computer to play solitaire at night before he goes to bed. He says that by itself is frustrating enough, he doesn't need anything else to complicate his life.

Funny how people of the same generation react so differently to computer communication.