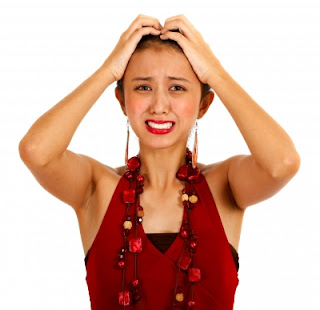 Recently, I held a Skype appearance with a book club in Texas to discuss my Carolina Slade Mystery Series. They put their laptop on a lazy susan on the dining room table and spun me around to speak to each one and answer questions. The event worked quite well!


"But two comments made me grab my pen and write down their quotes."

Since it was a book club, of course the conversation centered around Lowcountry Bribe. I led off with some background on how it was written, then opened it up to questions as well as critiques. I heard:

"The characters were so three-dimensional. Just fabulous!"

"I loved the setting being different. No walking into a mansion, or some dark city. It was in the country and I appreciated that."

"This book has so much action it should be made into a movie. What actress do you think would play Slade?"  (**I answered: a brunette Reese Witherspoon, like I had never thought about that before...)

"You had the office setting down pat! It was so realistic with the gossipers, and there's always a backstabber."

"I at first thought the husband was not realistic . . . until I thought about what a 30-year-old man did to his wife in the next county to us. Then I realized people indeed do bad things to each other."


But two comments made me grab my pen and write down their quote.

"This is a negative and a positive. This book was exhausting! It just wore me out! I couldn't find a good place to stop reading and put it down."

They almost got a 10-year-old girl squeal out of me on that one! I so believe in Donald Maass' training that he uses in Writing the Breakout Novel. He advocates of taking a manuscript and raising the tension on every single page, which I go back and do at one stage of my edits. This was proof that it works! As a writer you don't want anyone to think "This is a good place to stop." You want them to feel like the book will take off without them if they quit reading. OMG, I was ecstatic hearing those words from that member.

Then the second comment sent me over the moon:

"I learned I couldn't get comfortable with a character."

In a mystery, you do not want people to easily judge which character is the good guy and which is the bad. The club member went on to explain that she learned not to trust any of the characters because the story pointed so many fingers in so many directions that she couldn't tell who was the ultimate culprit.

So . . . when you get a chance to visit with a book club, do it. These are serious readers, and as a writer, it's so much friggin' fun to just talk about a good story. This experience will keep me hyped for several days to come. Thanks, Texas!!!

Indeed! Every page was apage turner. Big screen? I can envision that, too.

Yes, Hope, those two "complaints" are high praise for Low Country. Congratulations, and what a wonderful way to use technology to reach your readers...

Someone saying she couldn't find a good place to stop reading is just amazing. What a great compliment!

That hour was so much fun! That's why a writer writes.

Just finished Lowcountry Bribe -- and I agree 100% with all these comments (could NOT stop reading yesterday!)... and this post convinced me I need to buy Don Maass's book, which I've been meaning to do for a while. Thanks for your book (LOVED it -- though I hadn't pictured Reese!) and for the reminder :)

Great feedback - and an interesting way to gain it.

Julia
Thanks so much! Now...may I ask for a review on Amazon? Or Goodreads? I'd really appreciate it. Now...I'm open to other actress ideas other then Reese! And Donald Maass has fantastic advice.