There Seems to be a Pecking Order 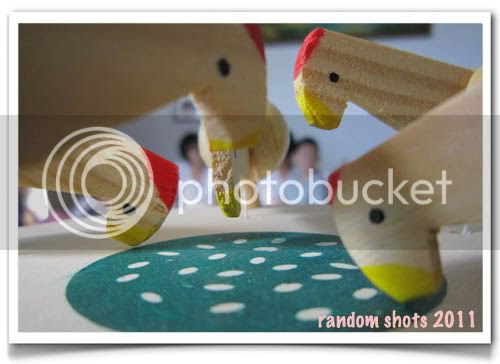 I just returned off a whirlwind tour of three states and 3200 miles in ten days. Whew! I met some great, great readers, fans, writers, and authors . . . some remarkable editors and agents. The larger conferences are always interesting. If you don't allow yourself to become intimidated by the names and experience, you can actually enjoy watching the pecking order.

All of us had to start somewhere. Everybody debuted at some time or another, but you wouldn't know it at a conference. Watch the dipping and dodging, the study and measuring. If I were Charlaine Harris' Sookie Stackhouse, able to read minds, I'd probably be amazed, embarrassed, and charmed, all at once. When you have hundreds of people interested in writing, collected in one locale, the social strata fall in line.

The self-published often feel indignant at the traditionally published. The traditionally published try not to notice. Watch the dynamics in a room where both are selling their wares. Agents often stick together. Editors as well. Sometimes with each other. Writers in the same writing groups hang tight. The small publishers pal with other small publishers.


Writers are afraid to speak to agents except during pitch sessions, and agents seem to avoid being cornered. I watched self-published look for reasons to be defensive in sessions, as if daring someone to doubt they could make a living as an indie.Traditionally published were almost afraid to say they were.

I don't understand why people don't split up, open up, and learn from each other.

When I go to conferences, I love being cornered and questioned. I want to meet people. I want to greet FundsforWriters readers who happen to attend. I crave to hear from someone who loved my book. I want to hear how others have done well, in hopes of learning from them. I'd love to participate in a big round table of assorted industry types, eating lunch, sharing situations, even arguing pros and cons of a current debatable topic like the DOJ lawsuit against Apple and several of the Big Six. Sure, someone won't understand, but they just might once you explain it to them. Everyone could learn from everyone else.

If you are a new writer, dare to approach the published, the agents, and the editors and ask questions. Don't feel badly if they are too busy. Try another one. You've paid a fee to be in the same rooms with these people.

If you are a seasoned individual at any aspect of the profession, be available. Hang in the lobby, the lounge, the back of the room at the end of a presentation. Be real. Be approachable. Leave your high horse elsewhere.

Conferences can be great places to meet friends, but they can also be fantastic places to make new ones and learn. It shouldn't matter whether you are from NY City or Muscogee, AL. After all, why go to a conference to begin with if not to broaden horizons?

Spot on! The whole point of conferences is to mingle and make contacts. I've noticed the pack mentality you've described at other conferences.
I'm planning on attending TBEX Europe in Girona this year. It's a huge gathering of travel bloggers and writers. I'm looking forward to meeting lots of new people!

I just had a conversation with one of my 3rd grade students last night at a parent event. He had seen one of his favorite professional wrestlers in public. He said, "I didn't go up and say 'hi.' I was too shy."

I asked him if he regretted it now. He definitely did. I told him the wrestler probably would have been thrilled to encounter a fan--next time, go up and say hi.

If you're a writer and you brush shoulders with an author you know, someone in publishing you can get tips from...go up and introduce yourself and start a conversation. If you don't, you'll regret it.

Lovely post, Hope. I went to the big summer conference for SCBWI two years ago, and while I loved it and got so much out of it, I really was too shy to go up and talk to agents and publishers. Your advice is spot on. I didn't have anything to pitch at that time, but I probably could have learned even more than I did about the world of books.

As I readthis post, I began to wonder if a fair number of people at every conference consciously or subconsciously choose a dysfunctional approach.

They remind me of kids who get coerced into going somewhere and then proclaim when they arrive, "I'm not going to have a good time."

But, as adults, we can choose to go or not go. If we go, then why not ride the ferris wheel and get some cotton candy and play like we belong there. Maybe we'll convince ourselves (as well as others) that we do.

Amen to all of your comments! Ain't it the truth?

Great post, Hope! I remember the very first workshop I ever attended. I was nervous and felt self-conscious, but I remembered I had come there to be instructed and learn, so I swallowed my fear and pride, raised my hand, and read my work in front of a room full of people and the published author leading the workshop. It was hard, but so worth it. You never know what wonderful things will happen if you don't put yourself out there!

So many writers (including myself) tend to be more introverted, so social situations can be anxiety-producing. We're all in it together, though. The author you're in awe of might be just as nervous as you, and playing cool in the corner is her way of coping with the stress.