Have You Written Before? 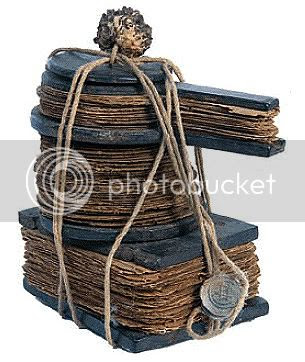 How would you reply if asked this question? Indignant? After all, everybody has to start somewhere, plus you've been writing various pieces for years.

If you went to the doctor, needing an operation, you might ask, "Have you done this sort of operation before?" What if the reply is, "No, but I've been studying how to do it." You'd move on to another doctor, because no matter how long he's read the books and tested on cadavers, he hasn't proven himself.

To an agent or publisher, saying this is your first book is like saying, "I don't know what I'm doing yet, but trust me, it's going to be a great book!" Rachelle Gardner, an agent with Books & Such Literary Agency, recently penned a great post about this subject: "4 Reasons to Write Several Books -- Before You're Published."

You need experience before you publish. So what is experience?


1. Completed manuscripts of other books.

Just the fact you've spent years (yes, as in many months) writing says something about your diligence. That doesn't mean two or three first drafts. It means books you struggled with and might be willing for someone to read and consider in addition to the one you are pitching. Trying to query about the fourth book you've written versus the first, tells a professional that you're fighting in this business until you get it right. That's enough thought to give someone pause that you might be worth considering.

Published twenty magazine articles? Published numerous columns for your newspaper? Taught creative writing? Written for nonprofits or corporations for a reputation period of time? Received an MFA? Published nonfiction or commercial material and now dabbling in fiction? Show something. Have nothing? Then you know what you need to do.

A zillion contests exist for unpublished writers. Frankly, most contests do not require experience or publishing credits. However, place in several contests, and you gain credibility as well as put your name in the view of important people in the business.

I want experienced people teaching my children, removing my gall bladder, or selling my house, just like agents and publishers want experienced writers. No, you might not have published a book, but show you are fanatically serious about this business by giving them something, anything, to show you are experienced in one way or another.

I think this is so important. Us newbies to the world of writing for children need to read this. I am a technical writer and have been for years. I just wasn't thinking to mention that at first. Now I have won writing contests and other content that I've written for hire. You always give such great advice and motivation. Thanks for sharing.

I think this has been the most helpful and encouraging blog post EVER written. Thanks!