My Fiction Day - Is Minimalist Good or Bad? 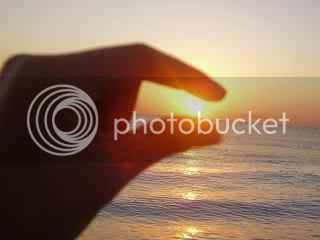 During my recent experience with line-edits, I noted my editor asked for more transitions in places. Minor, one-liners. Nothing dramatic. But in advising me, she noted that my style was minimalist, and in a few story moments, she craved a bit more. I filled in gaps with phrasing, a sentence, at most a paragraph.

Didn't hurt me to do so, and if it made her happy, fine. But that comment about being a minimalist stuck with me. Was that label good or bad? Should I own it proudly or keep it between her and me?

I ran to Wikipedia first. Minimalism is used in music and art more so than writing and means "work stripped down to its most fundamental features." Hmmm. Still . . . good or bad? And what about writing . . . any other writers I may know? Or did she just call me basic? Not sure I like being called basic.

I did not study English, literature, history or journalism. I studied agriculture. Chuckle . . . yeah. Agronomy, to be specific. Soil science. We don't talk minimalism regarding dirt. Unless you call soil stripped of nutrients minimalist. Bummer. In that case, nothing grows in it. I got worried.

But at the very bottom of the page, the definition addressed writers. "An economy of words." Such authors hate adverbs (AMEN) and prefer the context to convey meaning rather than elaborate description. Okay, that's me in most aspects of my life. "Readers are expected to take an active role in the creation of a story, to choose sides based on oblique hints and innuendo, rather than reacting to directions from the author." I liked that.

I liked that, too.

I Tweeted a comment last week, saying that I was a minimalist writer, and I'd decided to embrace my style. A college creative writing professor Tweeted me back, saying she wished her students would learn to readily embrace their voice.

You'd be amazed at how uplifting and energizing that is . . . knowing you have a voice and deciding to run with it. Someone a fog clears, and you see more of the road.

I love this post because...another minimalist here....it's something that has been both good and bad in my writing. As a business/tech writer and journalist, it's hugely helpful. But sometimes I read my fiction and worry it's too sparse and minimalist. Over time I've worked on my style, honed my voice, and now I'm more comfortable with my minimalist voice -- but I'm also perfectly comfortable with editors/readers letting me know when I'm TOO minimalist!

I know what you mean!

Heavens to Murgatriod! ... you're in excellent company Hope!

During my writing course we discovered that almost all of us either came under minimalist writers or overwriters - neither are bad, it just means that we have to edit in a different way; one cuts, the other adds.

If done well, minimalism can be a great thing--every word is there for a reason, nothing extra. I think it's a quality that can work especially well for crime/mystery novels, so now I'm even more excited to read about Carolina Slade!

There's a writer in my critique group who writes in this style, and it's wonderful. I don't think I'll ever be a minimalist writer (it's just not in my nature) but reading his work definitely makes me consider whether each word in my work really needs to be there, and that's a good thing!

I always thought that I rambled on a bit in my writing, but when other people critique my work, they often say they would like more details.

I think it really depends on what genre you write--minimalism is easier to pull off in, say, crime fiction than in, say, fantasy.