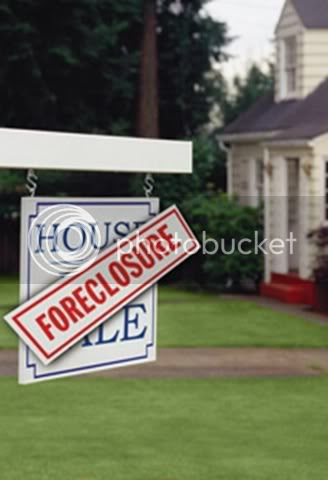 If you ever paid attention to real estate, you learned the old mantra: Location, Location, Location. The house could be immaculate, comprised of top grade material, and designed by an aclaimed architect, but if the piece of ground it sits on is bordered by a junk yard and a boarded-up convenience store, it doesn't matter.

It doesn't matter how much sweat you put into that house when you originally bought it, it will only be worth so much. Only so many people will even look at it, much less buy. There's a house like that down the road from me.

I live in the country. One can build a 1,000 square foot two-bedroom, one bath ranch -- or a thirteen-room, 4,500 square foot manse -- because zoning is just about non-existent. That's why people own several acres instead of a lot. It not only gives you breathing room, but it buffers you from the neighbors, and whatever they want to do with their place (like building chicken coops). The house down the road has  been vacant for a year with weeds over my head, front and back. Shingles are missing. It smells moldy.

If this place were located in a well-to-do subdivision, it would sell faster because buyers would recognize the potential for value. But located in the country, with no base-line and no neighbors close by to help support the value, it sits pitifully lost and empty. The previous owner had a $900,000 mortgage on it. It's offered for $500,000 now, and the real estate agent struggles to get people to park long enough to go inside. A double-wide trailer sits a tenth of a mile away.

The house once was a showcase with a manicured lawn, crape myrtles galore and the prettiest Japanese Maple tree in the front. Almost three acres. It has lake frontage. It won't sell.

The problem is, there is no platform. The owner has no pride of ownership (i.e., flaunting the house), and actually fired three other real estate agents before hiring this one. There's no contractor bragging about his masterpiece. Without a subdivision of well-kept beauties around it, it stands on its own without support. The house is hidden on a real estate website among a lot of other houses in the county that aren't selling right now either.

A week doesn't go by that someone doesn't write me upset with a vanity press because of this exact same scenario. They built the book and it won't sell. The press told them it would be listed in a catalog and would be available on their website along with Amazon (i.e., MLS listing). The author has no social network, no website, no blog, no speaking engagements. So it sits with nobody actively selling it. And the author asks me how to change publishers because the current one isn't doing his job.

Hello? In a sea of houses, in an ocean of new books, how do you entice a buyer?

1. Surround or affiliate yourself with other good authors and best-selling books.
2. Advertise and promote so that buyers can't help but consider you and what you have to sell.
3. Socially network to spread the word.
4. Self-promote like crazy to show you are proud of your product.
5. Attach yourself to a publisher with a reputation, an agent with drive.
6. Quit relying on passive sales through some catalog or online website.

You are what matters when it comes to selling your book. The quality of your work, your self-esteem, and your desire to tell the world make all the difference in whether your book grows up in weeds or sells as soon as it's listed.

Yes, writers have to be "streetwalkers" with a stack of their books in their arms...ready to talk them up and sell them to whoever will listen and then buy.

After all, the worst thing anyone can say is, "No," right?

Boy, did I learn this the hard way! I thought my first book would sell itself. Needless to say, it didn't. Now I'm on my second book, Hospice Tails: The Animal Companions Who Journey with Hospice Patients and Their Families, and I am giving it the star treatment. The result? In two weeks, I've already sold more copies of Hospice Tails than I ever did of my first book.