Happy in Your Own Skin 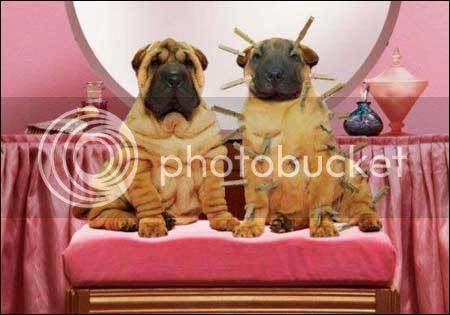 You hate phony. You know you do. Most people do.

These days, an individual who comes across as genuine, honest, sincere, or realistic, commands a higher standing on the respect scale. I was at a writer's critique group meeting a couple weeks ago, and the conversation turned toward authors we'd met in person. For instance, I'd met Mitch Albom

and a few lesser known authors. The other writers in our group had met a few others. The conversation turned toward how approachable they were, and how they responded to the audience. . . not their writing.

It was a given that these people could write. They were well-known. They drew lots of people to their readings. But all of us agreed that when we attended an event like this, we expected to be in awe of the writer and his/her ability to interact with the fans. We could stay home and experience the words. We wanted reality.

I admitted that seeing two of the above interact with those who waited in long lines, actually turned me off from buying their books ever again. A sense of arrogance and impatience came across too boldly, and insincerity rang loud in my ears. I was disappointed.

The others on my list, however, impressed me as they made eye contact with each and every person who approached them. They tried to use the person's name. They smiled, even asked questions of the fans. They appeared to enjoy being at the event. They seemed to adore doing what they do. Now, when I see their books, my memory rolls back to the time they smiled at me or greeted someone warmly in my presence.

The online and print publication Miller-McCune: Smart Journalism, Real Solutions, ran a piece this week entitled Cling to Youthful Appearance, Annoy Actual Youth by Tom Jacobs. Turns out that youth respects genuine age over a fictional age. In other words, the more you lift, Botox, dye, liposuck, the less respect you have. The more people embraced their age, the more others trusted and respected you. Simple science - if you fake your appearance, what else isn't real?

It's also a matter of being competitive. When older people try to look younger, they instantly compete not only with their own age, but also the age of the group they're trying to emulate. Instead of competing with the 50-somethings, you start competing also with the 40-somethings, who are struggling enough amongst themselves.

As I wrote about in The Shy Writer: An Introvert's Guide to Writing Success

, people like to easily categorize their competition and threats, friends and foes. If people can read you, identify with you, and instantly feel a loyalty from you, then you become a marketable commodity, versus someone trying to be something they are not.

Your advice was so well-timed. I had scheduled an all-over make-over...implants here, lifts there and there, liposuction in places too numerous to count, but I cancelled the appointment after reading your post. The only competition I will embrace now will involve my body parts and gravity (and gravity is going to win, I imagine).

(And I'd love to know which two authors were arrogant and aloof--I can guess one, but possibly I'm wrong---although I know you will never tell...)

So right! Being nice to people and likable goes a long way.

It's so disappointing to admire an author's work and wait eagerly for the chance to meet him or her, only to have the writer turn out to be a real jerk. Luckily, that's only happened to me a few times. The other writers I've met were wonderful, warm human beings who seemed to genuinely care about their readers.

So far, I haven't met a writer with a bad attitude. I on the other hand, I'm usually a mute when I meet people I admire. Somehow their presence scares the words right out of me. I go blank without a shred of normal conversational skills. I'm going to need to work on this one when I attend ThrillerFest this July.