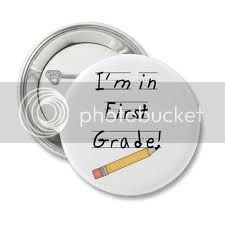 I had to hear about this via a UK publication, but it struck me like a lightning bolt, prompting a post and opinion that some may not want to hear.

President Obama signed this week of The Plain Writing Act of 2010. I Googled it to make sure it wasn't one of those dry humor spoofs that the Brits are so famous for (and I love, BTW), but it's real. TaxGirl Blog has the law in its entirety for your reading pleasure, along with a few words of opinion. If this law wasn't so sad it would be hilarious.

For instance, here are two definitions in the law, Covered Document and Plain Writing.


(3) PLAIN WRITING.—The term ‘‘plain writing’’ means writing that is clear, concise, well-organized, and follows other best practices appropriate to the subject or field and intended audience.


Having worked for the Federal government for 25 years, and having written documents from state regulations to congressionals; from grievances to award recommendations; from press releases to job descriptions; from annual reports to investigations, I won't hold my breath that this change makes a hill of beans difference in our understanding of the government.

Writers in place are writing legalese and governmentese. They'll have to be retrained according to this law. And think about the bureaucrats up and down the line who sign off on these documents and letters. Who will train them?

But first tell me this... what the heck is PLAIN WRITING and why haven't they been using it all along? And what's the opposite, COMPLICATED WRITING? Is there a definition for that like they've given PLAIN WRITING?

And to think my furiously hard-earned freelance dollars paid congressmen, aides, secretaries, bureaucrats and other federal minion to meet, debate, draft and pass this legislation. Oh my gosh I'm disgusted with this waste of federal time and effort. Especially during a time when we need our political machine to churn out incentives for employment, education and healthcare.

But you'd think they'd start implementing plain writing in the very piece of legislation that makes it happen - setting the precedent. Instead we get this . . .

The budgetary effects of this Act, for the purpose of complying with the Statutory Pay-As-You-Go Act of 2010, shall be determined by reference to the latest statement titled ‘‘Budgetary Effects of PAYGO Legislation’’ for this Act, submitted for printing in the Congressional Record by the Chairman of the House Budget Committee, provided that such statement has been submitted prior to the vote on passage.

And consider this - the plan to implement this complicated alteration to writing Federal material:

By now the legalese has lulled you to sleep, or you skipped the italics down to here. A law was required to mandate agencies and departments write well? In my world, a world where words mean paying the bills, where words mean clear communication to readers, plain writing is called proper editing and common sense.

They also included in the law that this mandate is not enforceable. How ambiguous can you get? Plain writing is subjective, and this law isn't enforceable. So how do you know when you have valid plain writing? And why did we have to have a law to convince government officials to write better?

Another indirect message comes across to me, too. The government felt a need to dumb-down its correspondence, websites, press releases and other written material so you and I could read it. My concern is between the legalese original and the dumbed-down version: what gets lost in the translation? Because there is no plain writing requirement for the actual regulations. They still read like the Plain Writing Act, writing thoughts in dizzying circles.

Guess they'll have smart writers and dumb writers now. Give me one of those jobs!

NOTE: This message has no political affiliation. It just tries to emphasize how convoluted and out of touch the government is and has been for a long time. I don't often tread into politics, and hopefully this doesn't step too far over the line.

Good one. I agree with you, even I thought it a spoof at first.

We do have freedom of speech, so everyone is entitled to have an opinion. Isn't discontent and disbelief what started all those writers in the past centuries writing satire?

BTW - I agree with your post. But is Obama trying to say there's a lot of illiteracy? I respect Obama, but not necessarily his advisors. What's the hidden message here, I wonder. Hmmm.

I don't get you Hope. You fervently agree that the legalese and governmentese is ridiculous, yet you're equally annoyed that someone did something about it?

The point is that common sense dictates to change how they are writing regulations - it doesn't take a law. What a waste of our officials' time in Congress. There is no law saying they have to write legalese, so why have one to NOT write legalese?

Hope, I totally agree with you and think that the law is silly and frivilous. I used to work for the USDA and the manuals were always something to behold. Have never understood why you have to use a hundred words to say, "Don't do it".

Wow. I never thought you'd have to mandate plain writing. Can't you just fire your idiot writers and hire some that understand the concept of "plain writing" when you're in this type of a pickle?

But I guess that's politics for you. Always fixing what ain't broke.

why couldn't they write the bill in plain, clear and concise language?

The opposite of plain writing is "bafflegab," a wonderful word coined by a fellow at the U.S. Chamber of Commerce to describe governmentese.

I often have to wade through official statements from the Federal Reserve and the Treasury Department, and they are full of it. Bafflgab, I mean.

Hope, you have nothing to apologize for for venturing into politics in this way. It is often when something touches you directly (i.e., pisses you off) that you realize there's a problem. And there's a giant problem in government today. I don't have to tell you that words are power, and sadly the government has been producing a lot of baffling ones lately (the past century or so, actually). I run the Honest Government blogs (at www.ConservativeWords.com) and I've been urging Federal agencies to use editing software to improve their writing (see www.StyleWriterForGovernment.com). When Americans are able to read between the lines -- i.e., when they get educated -- they will start demanding that government actions either make sense (and be Constitutional) or be repealed.