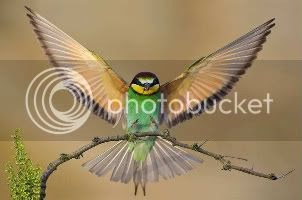 If you want to build a ship, don't drum up people to collect wood and don't assign them tasks and work, but rather teach them to long for the endless immensity of the sea.
~ Antoine de Saint-Exupery

Often people ask me what are the best writing books. Most are starting out as writers, others returning to the craft after a decade or two furlough. They want to bone up on the rules from the experts then hit the ground running. I admire them for wanting to dig in and improve themselves. I did the same thing the first few years I returned to writing back in the 90s. Hungry for all the right tools, I built an instant library and carried one of the books everywhere I went, studying during patches of time throughout the day.

Other than the works by Anne Lamott and Stephen King, however, the material for the most part seemed too . . . academic, instructive, informative . . . oh what's the word . . . not creative. Surprising considering writers are right brain folks. Something was missing.

The gut-burning, anxious eagerness to put pen to paper was missing. Don't do this . . . don't do that. Make sure you do this. . . and do that. This person knows best . . . that person knows best. But most of the books never made me want to leap into the profession and run with it!

In reality, it takes that leaping and running, and subsequent stumbling, to get your footing. You need to write crap and throw it away. Then write more crap. Untethered, unreined, I wanted my mind to fly.

I think that's why I no longer read how-to-write books. They are good to start, but sooner or later you have to drop those anchors and leave the ground, flying with the power of your own wings.

I am learning this more and more lately. A sort of organized chaos that is creative art.

Getting out of our on way is sometimes the hardest, but will pay off in spades.

For down-to-it encouragement, _This Year You Write Your Novel_, by Walter Mosley. For a sense of a writer's day and thought-processes, _Making a Literary Life_, by Carolyn See. For practical help on a very personal level so that your inner writer can become your outer writer, _Writing Begins with the Breath_, by Laraine Herring. For daily shots in the arm and little bursts of "go!" - C. Hope Clark's website.

After that, it's all drier, dustier, uncreative, avoidance tools for writers who want to do ANYthing but write crap and throw it away until the good stuff starts to flow.

As I sit here gazing at my shelf of of "how-To' books, I am thinking that you are right about just writing! Thanks for the nudge!

If I want to learn how to write, I read the type of writing I want to write. I study the sentence structure, the voice, the structure, the flow of the piece.
I realized this just the other night reading "Little House in The Big Woods" to my kids.
If you want to write a dance scene, study how Laura Ingalls Wilder wrote about her grandma and uncle jigging. This book is considered a classic for a reason--it is well written.
Writing non-fiction? Still do the same. I study the regular contributors to magazines I want to break into. They must be doing something right as they are already there.
Great post, Hope. Thanks a bunch.

I have lots of writing books, but when you get down to it, nothing beats actually writing.

Hope! Thanks for your great blog! I don't know how you do it all, but you do seem to manage it all very well. I agree about the books you recommended, too! I would add that Natalie Goldberg's "Writing Down the Bones" was inspiring to me.

On another note, to follow up on your analogy, you haul UP the anchor, start your writing engine/raise your writing sails and get underway with your inspired ideas! :-)

Thanks for your encouragement!

As usual, this is a helpful, encouraging and candid post. Thank you, Hope! I've subscribed to and unsubscribed from many a blog as I wade through as much of the writing advice as I can find online. Your blog is a constant in my daily routine.

Hope:
Thanks for sharing this thought with us. It makes a lot of sense.

The best way to become a better writer is to write! Growth comes through trials and errors.

Thank you, Hope. I used to use reading books about writing as an excuse for not writing. No more.

Very well said, Hope, and everyone else who has commented. We find a few books that motivate us and then we put down the reading and write. It's so easy to get sucked into the constant barrage of "read me, no me!" information every day. Someone said, we don't need to know it all. That would be impossible.