"The Next Big Thing" Blog Hop - Finding That New Book 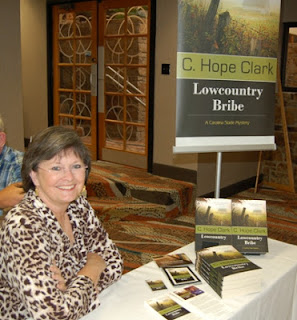 "The Next Big Thing" blog hop introduces readers to new books and authors.  I'm honored and excited to have been invited to participate by Jessica McCann, author of All Different Kinds of Free. published by my very own publisher, Bell Bridge Books.

First, a bit about Jessica's book, and then I'll share some insights on my debut novel and work in progress. At the end of the post, I'll introduce you to two more wonderful authors who will carry the torch for this blog hop.

All Different Kinds of Free was inspired by a true story. It is about Margaret Morgan, who was kidnapped in 1837, along with her free children, and sold into slavery. Although she fought hard to regain her freedom, Margaret endured tremendous loss and hardship. Her ordeal led to one of the most important yet least-known Supreme Court cases of the era, Prigg v. Pennsylvania.

I've read All Different Kinds of Free and found it touching and heart-breaking, its character Margaret a soul to admire. You find yourself playing what if, wondering how you would function, nay, breathe and continue to live, in such a situation.A nice debut novel by Ms. McCann. Available on audio as well.

Now . . . let's talk about Lowcountry Bribe and what author C. Hope Clark has going on!!

What is the working title of your book? My debut novel is titled Lowcountry Bribe and was published February 2012. It's the first in The Carolina Slade Mystery Series, and there are more in the works. Book two in the series is entitled Tidewater Murder and is expected out in April 2013.

Where did the idea come from for the book? Lowcountry Bribe originated in concept and in fact because of an actual bribery attempt on me, when I worked for the Federal government as a loan manager. The event was stressful for me, and I took that moment in my life, performed a lot of what ifs and developed a plot I'm proud of. No, I'm not Carolina Slade, but we've walked parallel, hand in hand, for a good number of years now, to the point I am intimately familiar with her character and all of her best supporting actors. The other books in the series spin off these same characters, losing some and adding others. No one in Slade's stories is exempt from trauma.

What genre does your book fall under? My novels are mystery or suspense, with just enough flavor of romantic suspense to make it interesting.

What is the one-sentence synopsis of your book? Carolina Slade reports a bribery attempt only to have the case go sour during the sting, authorities leaving her on her own to face the culprit, placing her job, her life, and even her children in danger.

How long did it take you to write the first draft of your manuscript? My first draft of Lowcountry Bribe took two years of writing after work and on weekends, but I took over a decade more to fine tune it and see it in print. Tidewater Murder took about two years to write the draft as well as edit, so I'm getting better!

What other books would you compare this story to within your genre? My stories have been called a marriage between the tight, terse writing of Janet Evanovich and the straight-forward mystery spinning efforts of Sue Grafton. But my writing is rather clipped, which is my favorite feature of Evanovich's Stephanie Plum tales, but it favors the seriousness of Grafton's Kinsey Millhone stories.

What else about your book might pique the reader’s interest? The book introduces readers to the Inspector Generals, an arm of Federal law enforcement that few know about. The US Department of Agriculture comes into play in my books, and believe it or not, USDA has its own Inspector General's Office . . . federal agents just like FBI who specialize in agricultural crime. All my stories take place in the awesome beauty of rural South Carolina, and therefore, brings in feds that understand the environment. I have a degree in Agriculture from Clemson University and worked cases in almost all of the 46 counties of the state. I like using that inherent knowledge in the tales. From the foothills of the Upstate to the marshes along the Lowcountry coast, Carolina Slade will show that secrets abide and crime runs dark even in the country.


Let's get hopping!
I invite you to get to know the following talented and inspiring authors by hopping over to their websites and checking out their books. Trust me, I've read their work and wouldn't endorse them unless I loved them.

Elizabeth Boyce is author of Once a Dutchess, a Regency romance published by Crimson Romance. As a critique partner of Ms. Boyce, I've seen some remarkable writing come from this debut author, and I expect huge success from her. Smart, smart writing.

Marilee Brothers is author of Allie Emerson's supernatural life. Midnight Moon is the fifth and final in that series and just came out a few days ago.YA fun fiction with a touch of magic.


Glen Allison is author of the Tortured Hero Series, and in his new upcoming release, Snafu, the author takes his protagonist Al Forte, a professional bodyguard for children, into a dark world that touches upon his painful past. Love this character.

Enjoy these new authors and hope you enjoyed this little visit into Lowcountry Bribe.

Hope, after reading your book I have to say that you did a masterful job of summing it up in this article! I read this post to specifically see how you would do that. I want you to know that I appreciate all of the information that you put "out there" for us. I am always learning from you. Thanks!

It's hard to summarize an entire novel. Thanks, Audrey. So glad you liked the book . . . especially glad you follow FFW!

I read your book--thoroughly enjoyed it, despite it not being the genre I usually read.

And your 1-sentence synopsis is a well-crafted one.

"All Different Kinds of Free" sounds like a great book. I would highly recommend the book "Freeman" by Louis Pitts, Jr. What is it about, you ask?

Sam, an escaped slave, is living in Philadelphia when the Civil War ends. He decides to travel back into the south to tell his wife something important. However, he has not seen her in 15 years and has no idea if she is dead or alive.

It's well written AND has a wonderful plot.

Sounds like readers of All Different Kinds of Free would love Freeman, Sioux. Thanks!

Thanks for the interview and review - sounds like a great read.
x