Promises, Promises - When even the fine print leaves you scratching your head 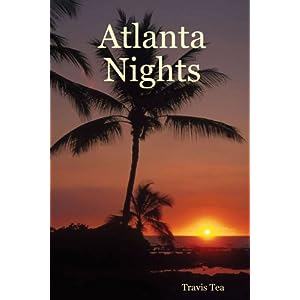 I've never been a Publish America fan but some are. I kept getting this too-good-to-be-true feeling at the outset. Then as time went on, FundsforWriters readers would email me complaining that the promotional plan was hollow, the contract locked them in for seven years, and the company didn't prove to be as polished as they proclaimed. But just as one writer realized the deal wasn't as good as PA promised, along would come another writer, enamored that a "publisher" had accepted his manuscript, and because PA didn't charge fees, the contract was legit. Some unsubscribed to FundsforWriters, angry that I would not endorse their choice of publisher that "accepted" their story for print.

But as time went on, the PA chrome tarnished. They initially touted that they rejected 80 percent of submissions. But then the string of stings happened when people submitted hoax manuscripts. In 2004, a group of sci-fi and fantasy authors prepared the bait, an intentionally, horribly written manuscript. They submitted it to test PA's boast of being "traditional" and not "vanity." It was accepted. The writers released the news that PA had fallen for Atlanta Nights. In retaliation, PA posted derogatory remarks about sci-fi and fantasy writers as a whole, with the following being one example:

"...the quality bar for sci-fi and fantasy is a lot lower than for all other fiction. Therefore, beware of published authors who are self-crowned writing experts. When they tell you what to do and not to do in getting your book published, always first ask them what genre they write. If it's sci-fi or fantasy, run."

Then PA claimed they looked again at the manuscript and deemed it unworthy. In addition to the links above, you can also still find Atlanta Nights for sale on Amazon, a beacon remaining in place by those sci-fi and fantasy writers.

Not long after, another writer submitted a manuscript where the same thirty pages were repeated ten times. It was also accepted. Another author took PA to court over bad bookkeeping and withholding royalties. The author asked to review PA's books since his sales didn't jive with PA's. PA refused. Eventually, PA settled out of court.

And now we have a new story about PublishAmerica. In an announcement, PA offered a deal where for $49, PA would deliver a note to JK Rowling about the client's book, asking for a reply. (See the actual wording and screenshot of PA's offer from their website here.) A representative from J.K. Rowling denied such a deal existed and suggested they are considering "appropriate action.” Another pitch said PA would take copies of authors’ works to the Edinburgh International Book Festival. The fair denied that deal, too. PA is threatening to sue JK Rowling because her representative said "PA had been cited by industry watchdogs for ‘allegedly deceiving authors.’" You can read the actual letter from PA, here. It'll make you go wow.

Have they published attractive books? Yes. I've seen them. Do they pay fairly? I have no personal experience to the contrary, but the media has enough evidence to make me think twice about doing business with them.

Yes, I'm sure that every self-pubbing entity has negative press. Each has positive as well. But the point is to learn what the history of an entity is before you jump on its bandwagon. Once your book is published by anyone, you can't take it back. The Internet and Amazon keep it alive forever.

I was reading about this yesterday. It's ashamed that there are questionable tactics that lead writers into a false sense of confidence.

This reminds me of some company that holds poetry contests every year where accepted entries would win a spot in an upcoming anthology. One time I whipped together something in a matter of minutes and sent it in. I soon received a notice that mine was a winning entry and would be in the anthology. I could order the book for something like $49.95. I guess every entry got the same acceptance for the overpriced book. Or maybe I am a poetic genius.


Lee
Tossing It Out