Here we go again - Kickstarter Monday, to start your week off with innovative ideas of other writers using Kickstarter to fund their dreams. I want you to see what others are doing. Kickstarter is a sort-of-grant. Maybe more of a find-a-sponsor program, where the general public funds your idea . . . assuming you get enough pledges . . . based upon your savvy presentation. Let's look at three neato ideas. There really should be more writing and publishing projects on Kickstarter, y'all. It's not rocket science, and it doesn't hurt a bit. 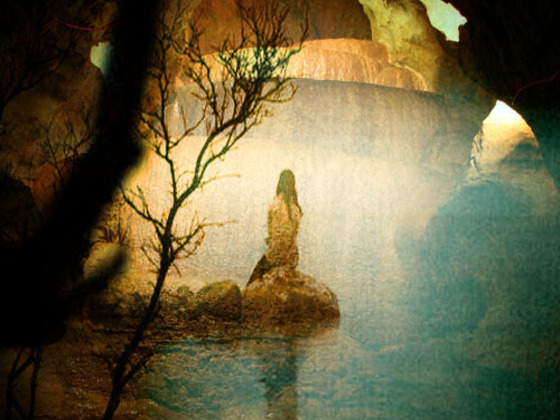 From the author Lizzie Ford at the Kickstarter site:

"Katie's Hope," the second book in the Rhyn Trilogy, is a sequel to "Katie's Hellion."  The first book has been hugely popular with my fans. My business model to date has been to give away my books everywhere except Amazon.  I've had a lot of my readers ask how they can help, so I decided to try Kickstarter to build a fund to cover the cost of professional editing, cover, and paperback book giveaways! I've set the funding goal at $250, which is not the full cost, but which I hope is an achievable goal.  "Katie's Hellion" cost me about a total of $500.

Lizzie reached her goal and then some. Good for her. She could have probably reached her $500 with a tiny bit more effort. But this is a self-pubbed fantasy. Give you any ideas?

Inconnu is a magazine, published by college students, trying to come to life with donations from Kickstarter readers. Note that they haven't reached their goal, but they are doing well and just might make it. I enjoyed their video, and I'm toying with donating to this one. From the Kickstarter website:


Inconnu is a lifestyle, culture and fashion magazine that features our favourite “inconnu” (unknown) people the world over. We are challenging ourselves to create a real-live print magazine, from our college dorms in New York, Vancouver and Chicago.  The debut issue is filled with thoughtful pieces juxtaposed with comic relief, including: Thad McCotter, The Disciplined Sport of People Watching, music technology, creative short fiction, media involvement in Norway terrorism, Odd-Shaped Candle of the Month, fall runway report, and an interview with a DC chef. Also featuring photo spreads: 90s-inspired New York with street photographer Jackson Krule, Lazy, Hazy, Crazy Days of Summer; and “Mad-Hard-Vibing on the West Coast”.

I've covered fiction, a magazine, and now a how-to project. Author Dave Stolte has designed a practical bar guide that really makes sense. With three weeks to go, he's 60% into his goal of $12,000. From the Kickstarter site:


Home Bar Basics (and Not-So-Basics) is a concise, pocket-sized, 110-page guide to setting up a home cocktail bar with an emphasis on history, quality, and craft. The book includes twenty-five recipes ranging from standards (Old Fashioned, Sazerac, Mint Julep) to tiki classics (Zombie, Navy Grog, Mai Tai) to today's exciting craft cocktails (Southern Exposure, Penicillin). Tips and techniques cover everything from storing ice to how to pick the best citrus. The tone is punchy yet pulls no punches. You won't find Vodka, Red Bull, or Slippery Nipples here. Only the best – because goddamnit, you deserve it! Features original illustrations, handy checklists, and easy-to-read instructions that break down these fine libations into foolproof steps.

Thanks for the plug, Hope!

Dave
You are quite welcome. I like your idea. Good luck on earning the final 40 percent.